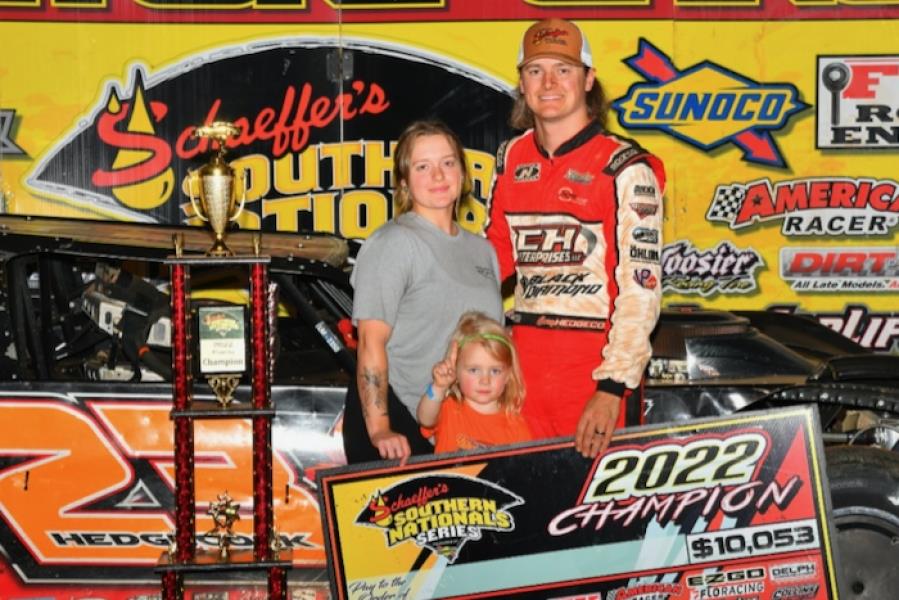 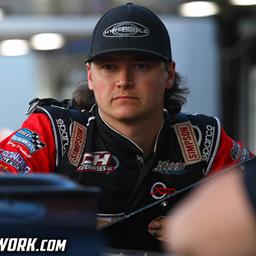 “Man, what a grueling few weeks this deal has been. It’s great to finally put it to bed and be the champion. My family, my team, my supporters…. Busted their butts through the heat, the rain, and everything in between. Thanks to everyone who helped us reach our goal,” Hedgecock said. “We’re going to enjoy this week off, and then take a look at some schedules to see where we’ll race next.”

On Tuesday, Cory Hedgecock resumed competition with the Schaeffer’s Southern Nationals at Toccoa Raceway (Toccoa, Ga.) for the $10,053-to-win affair.

Starting the feature in eighth via a third-place performance in his heat, Cory gained four positions in the 53-lap affair to register a fourth-place finish.

On Thursday at Tri-County Racetrack (Brasstown, N.C.), Hedgecock’s 11th-fastest lap in time trials placed him on the sixth row for the feature. With $7,553 on the line, Cory was credited with a 12th-place finish, when a late shower forced officials to cut the 53-lapper short with 27 laps completed.

After Friday’s event at Boyd’s Speedway (Ringgold, Ga.) was axed by Mother Nature, Cory headed to Tazewell Speedway (Tazewell, Tenn.) on Saturday evening for the tour finale. With a third-place finish in his heat race placing him eighth on the starting grid for the $10,053-to-win Ray Varner Ford 53, Hedgecock salvaged a 11th-place finish after suffering a flat left-rear tire on lap 18.

Full results from the miniseries as well as the final standings can be found at www.SouthernNationalsSeries.com. 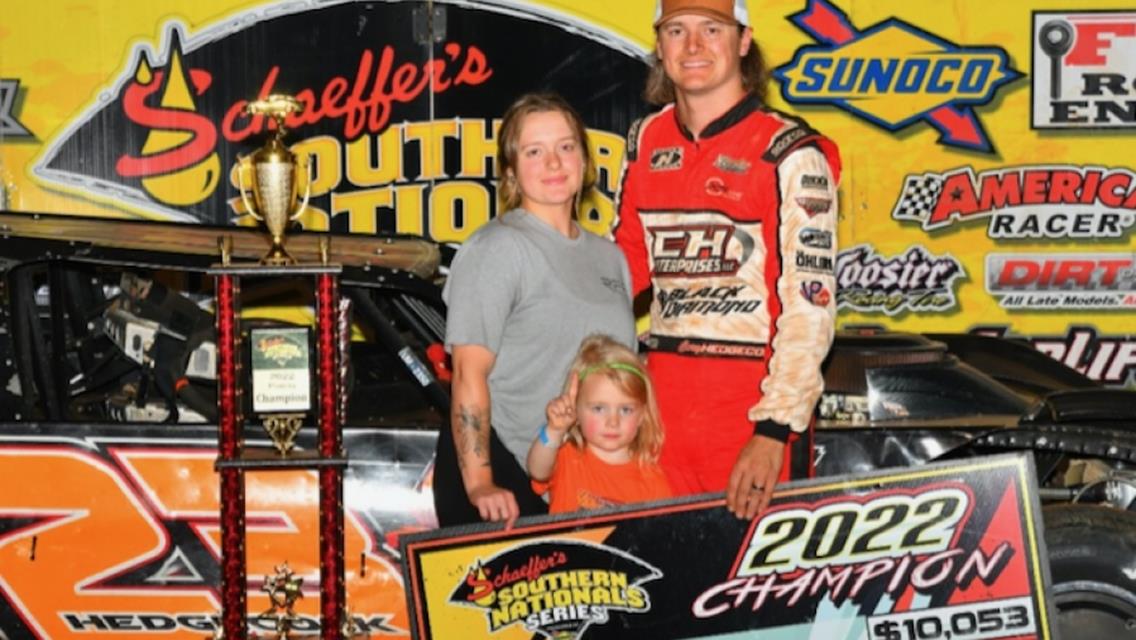 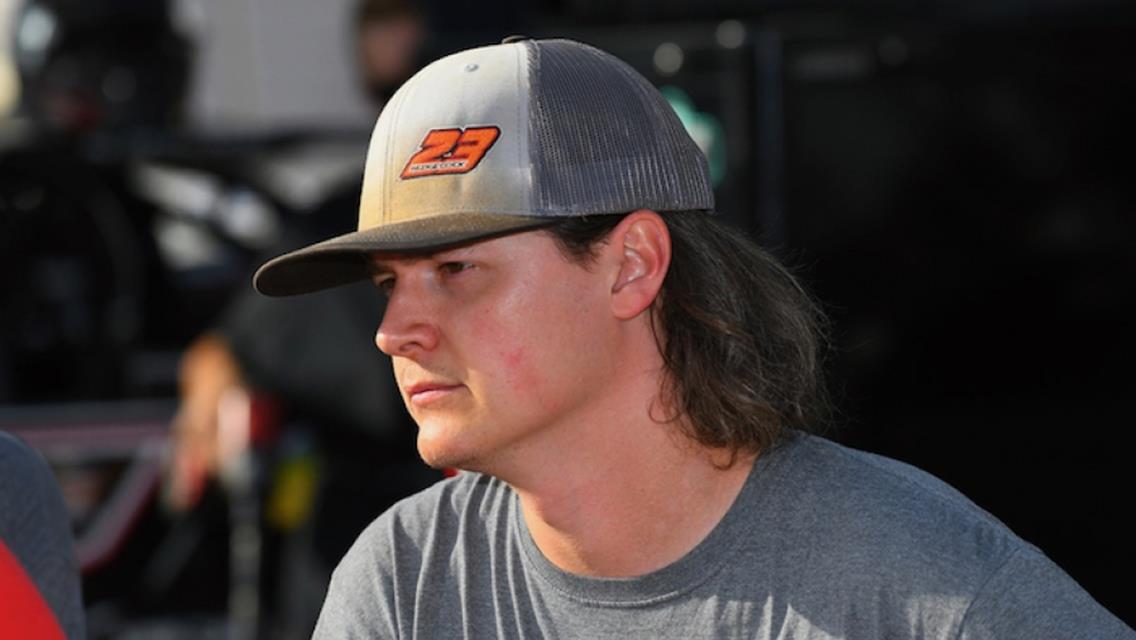 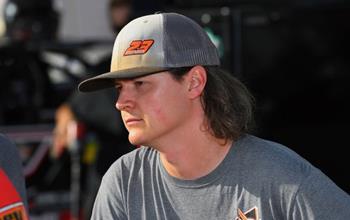 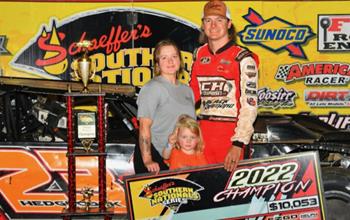 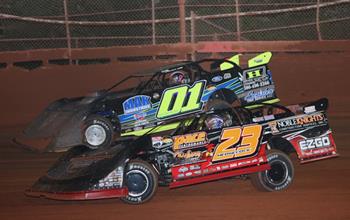 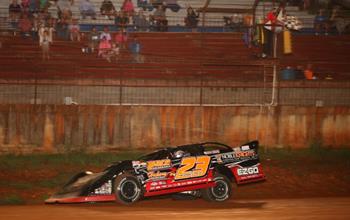